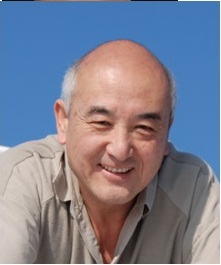 David Su Liqun exhibits belies the incredible amount of energy he devotes to his work both in the UK and China.  A recognised innovator in the field of Chinese language teaching, he also finds time to write plays, novels, biographies, textbooks and television programmes.  His counsel extends to training actors to speak proper Chinese, with Sean Connery and Catherine Zeta Jones being two of his more notable alumni.

Currently Chair of Meridian Chinese Studies, a group he founded to teach Chinese language and culture to students and teachers, David spent twenty years as the most senior Mandarin tutor in the Culture & Language Department of SOAS, the School of Oriental and African Studies at the University of London.  While there, he taught language and culture classes to individuals, businesses, financial institutions and government organisations including the MOD, Foreign Office and British Council.  He also developed the textbook still in use at SOAS, Chinese for Everyone.

His most important contribution to Chinese linguistics has been the development of TDR™ (Tian – time,  Di – location, Ren – activities), a new methodology for learning Mandarin lessons.  TDR employs the concepts of Yin and Yang to make it much easier to grasp the simplicity of Chinese grammar.  Other methods import unnatural Western grammatical concepts to explain the language, making learning comparatively difficult and slow.  His textbook, TDR™: ZOOM IN MANDARIN Everyday Chinese for beginners, and his efforts promoting his new methodology are revolutionizing the way Chinese is taught. Recently, the most famous and biggest publisher of The Commercial Press in China has published his new book Mastering Chinese Characters: A Modern Approach, and has the third printing in 2017.

David has lectured extensively in both the UK and China on TDR™, as well as on Chinese classics and culture at universities such as Oxford, Cambridge and the London School of Economics, and at the British Museum.  He has worked with the BBC to produce programs on Chinese literature, and was the main writer for Real Chinese, a ten-episode program on linguistics broadcast throughout Europe in 2004.  David’s plays have been performed across China, including at The National Theatre in Beijing.